Just back from clusterfuck protest at Israeli embassy in Oslo. Kids throwing stones and fireworks at police and the embassy and grown men waving Star of David = Swaztika signs.

I got sick and tired of the old look. The new one doesn't look good yet, but at least it's new. I've symbolically hung my tired old look out to dry. The idea is that I will now be forced, by the sheer not-together-ness of my blog, to create a new stylesheet. Soon, I promise. And there will be a new header, also.

Labels: blog, design, me me me

This article on the German passivhaus building standard is the most emailed article in the NY Times today. And it is a marveolous and interesting article about one of the keys to solving the climate crisis. I'm just a little bit resigned, because what the NY Times is oohing and aahing about is a major part of George Monbiot's solution in his book Heat, published over two years ago (and which I still hold to be the definitive introduction to the climate change problem). There are people out there with great solutions, but they are being held back from the public debate for some reason, maybe because they have been perceived as radicals for too long?

I want to write something more substantial about Gaza, but the whole thing makes me sick. Not just for the blood and the loss of life, but for the fact that every bomb dropped is another nail in the coffin of a peace in our time.

Meanwhile, the international community seems to be asking for the violence on both sides to stop, many adding that the violence is disproportional, and that the loss of civilian life caused by Israel is unacceptable. The phrase "maximum restraint" is thrown around a lot. I'd like to add that the end of the oppression of the Palestinian people would be nice, too.

Wikipedia is starting to get pretty good at quickly putting up pages related to current events. Here's a helpful one for the current bombing attacks.

Politics in the time of cholera

They drink too much coffee up in the North of Norway. So now I can't sleep and I'm reading through old tabs.

I've had this moving and unsettling article in the NY Times open in my browser for two weeks now, since the morning after we returned from Africa. It deals with the cholera epidemic in Zimbabwe which Mugabe seems to be largely dealing with by hoping it goes away.

Does anyone even remember cholera anymore? Cholera is a gastrointestinal bacterial disease, fatal in roughly 50 % of untreated cases. It is one of the most unpleasant ways of dying known to man: basically death by diarrhea-induced dehydration, with victims evacuating - that's the clinical term - as much as 30 % of body mass in a matter of hours. It is simultaneously an easily cureable disease. It is one of those many "easily preventable causes" which kills 30.000 children every day, according to UNICEF.

The failure to stop the death of many hundreds, possibly thousands, of people, is an indication of the profound, criminal incompetence of the Mugabe government. How criminal? Well, Oxfam & Unicef indicates that there will be roughly 60.000 cases by the end of January alone, and that 10 % of these will be fatal. The disease is still spreading.

A cholera outbreak is a good indicator of a failed state in two ways: 1) how it spreads and 2) how it is treated.

1) The disease spreads orally, via faecal matter. Basically the faeces of sick people needs to get into the drinking water. This represents a collapse of infrastructure: the government is not securing the water supply, containing and disposing of sewage and preparing properly for the rainy season (the direct cause of the outbreak, "leading to contaminated faeces being washed into water sources, as well as providing readily available but contaminated water", according to the excellent Wikipedia page on the subject. Incredibly, the administration is blaming the outbreak on the colonial days, despite having responsibility for the water & sewage system for almost 30 years. A spokesman is also claiming that the British are deliberately causing it as an act of genocide, instilling great confidence in the competence of the Mugabe regime.

2) Since treatment of cholera is simple, it should be possible to contain and deal with an outbreak provided one has a functioning health care system. It has not been remotely contained. It has not been dealt with (in fact, it seems to be spreading, with cases now being reported in Mozambique, Botswana, Zambia and South Africa). Unpleasant to think I was one day's travel by car away from a cholera epidemic.

Because of the economic crisis in the country, many of the country's hospitals have been forced to close in the middle of an epidemic. They can't buy supplies or pay staff b/c of lack of public funds and hyperinflation. Bad timing.

The crisis has intensified calls for the removal of pathological asshole Robert Mugabe from power in Zimbabwe. As well it should. Not dealing with this means you're not dealing with the most basic business of governing: securing health, security and care for the community.

So that was two weeks ago. The latest development is that two days before christmas, the US announced it had now changed its official stance from a nose-holding, but Mugabe-tolerant policy to an actively anti-Mugabe one. An American envoy calls Mugabe "a man who's lost it". Basically, they are saying they will no longer support any kind of power sharing deal (the deal which is still being negotiated now) that does not involve kicking Mugabe out on his octogenarian ass.

The problem is that the current interrim government in South Africa (since Thabo Mbeki stepped down a few months back) remains Zimbabwe's linchpin ally in the region. It is still trying to get the old power-sharing deal through. The one good thing about the almost certain fact of a Jacob Zuma presidency is that he might put renewed pressure on Mugabe to leave office. One of the very few policy differences between Zuma and Mbeki (notorious rivals) is on the Zimbabwe question, where Zuma has voiced slightly stronger objections to Mugabe. Though not a lot, mind you, and also, this is a man who believes that you can avoid AIDS by having a "vigorous shower" after unprotected sex. Good thing he won't be sitting at the top of one of the most HIV-infected countries in the world. But I digress.

In short, I guess what I'm trying to say is that I wish someone would magically create a completely new government in Zimbabwe as well as a functioning health system. That seems to be the best solution right now. Anyone out there have any strong connections in the underworld?

Updated to add: Just learned that the Nordic foreign ministers have released a statement calling for mr Mugabe's head on a pike (I paraphrase).

The sad news today was that Harold Pinter has died. His Nobel prize lecture from 2006 was a tour de force, and if you haven't seen it, you should really have a look at it. There are Spanish subtitles on this one, but it has the best image and sound quality.

WASILLA, AK—In a dramatic capper to a year that already saw her son's hockey team go to district finals, a successful remodeling of the den, and her scoring of front-row tickets to a traveling production of the Broadway smash hit Les Misérables, Wasilla resident and former beauty queen Sarah Palin, 44, was chosen as the 2008 Republican vice presidential nominee.

Vulture’s Complete Field Guide to the Facial Expressions of Keanu Reeves. He's so elastic and lifelike.

"In fact, we completely make these things up"

In articles published on 23 and 26 May 2008, we gave the impression that Mr Gest had contracted a sexually transmitted infection and alleged that he had Liza Minnelli's dog killed without her knowledge.
This was wrong. David Gest has never had a sexually transmitted infection and did not have Ms Minnelli's dog killed.
We apologise to Mr Gest for any embarrassment caused.

Here's an essay Barack Obama wrote for Foreign Affairs in the summer of 07, outlining a foreign policy. Haven't read it yet. 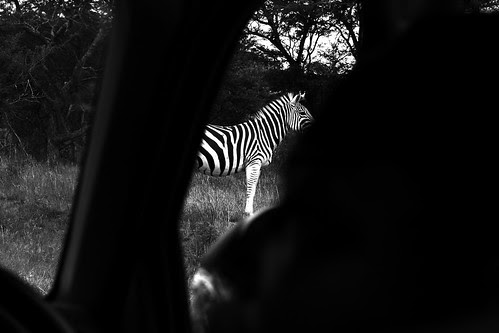 If you're interested in the fiction of David Foster Wallace, you definitely ought to read this essay about his philosophical undergraduate thesis on temporal problems, logic and fatalism, in which the late author saves free will as we know it and the future. The influence of these ideas on parts of Wallace's bibliography is interesting to explore. The first and most obvious connection I make is to the ending to "Good Old Neon", maybe one of the finest moments in his short fiction. I'm not going to give the ending away, but it is working with precisely the same ideas explored in this article.

"I knew him as a philosopher with a fiction hobby," Jay Garfield, an adviser on Wallace's thesis and now a professor at Smith College, told me recently. "I didn't realize he was one of the great fiction writers of his generation with a philosophy hobby."

Note the advertisement on this error page.

I was going to post a big picture of a zebra or something here just to prove that we've actually been in Africa, but I can't find the power supply to the computer with the pictures on it. So instead, I give you Monty Python's Flying YouTube Channel. Were you planning on getting any work done today? Yeah, that's not going to happen. See you in a day or two.